How are ratings calculated?

Ratings are calculated using Evan Miller's method (based on a Wilson score confidence interval) that is self-correcting. This means that the % of positive ratings & number of ratings decide a mods position on the top charts. The benefit of this approach is a mod with 2 positive ratings will not outrank one with 10 positive ratings but 2 negative. Nor will a mod with tons of rankings outrank everything unless most of the ratings are positive.

Before I start; language support is not a built in feature of the map editor, it is a separate operation that needs to be learned outside of the editor. I don't know how to add other languages at this time, nor did I find people to help me with it or I can guaranty that I would do it . I am saying this because I can tell with certainty that my map and others here have been down voted just because they didn't support other languages, (notably a certain one) without any attempt at actually trying them. If I have to chose only one, I feel like English is the best language to have for reaching a maximum amount of players, so I'm sorry for those who don't speak or read it. On, this note, and in the name of all the mod creators here, I'm asking you to not rely on the voting system, and give any mods that peaks your interest a try before judging it. If you end up not liking it to the point where you have to downvote it, well then by all means, go for it.

ALL platform version of this map are now available except the Nintendo ones. I don't know how the process work but when they are I will let you know. Thanks for understanding that this is out of my hands.

This is a remake and upgrade of my first map "Snowmuder" in U.S version. I have added a few hundreds hours of work to the existing map rebuilding some areas, adding new missions and vehicles, and reconfiguring a lot of the story line based on what I learned from my mistakes on the first map.

For the hardcore gamers: I recommend trying to play this map and complete all the missions by using the trucks I have supplied for it without using the garage as a tuning station or a recovery excuse(since the garage is quite far from the action). I have equipped and tested every truck you will find and drive to make sure they can do their job and even though sometimes the configuration I chose makes the job a little harder (no AWD or all terrain tires) they will surprise you by pulling through and giving you a rewarding challenge.

For everyone else: I have made the opening of the garage an early game task and I'm giving you a lot of $$ and XP to allow you to play what you want from the start or just make life easier in general. You will be able to take out your mod vehicles and your own fleet at the beginning of the scenario instead of the end. Lesson learned.

Since a lot of the cargo items for the missions are limited, I have kept a single step, "last resort" task that you can activate if a glitch causes any cargo to disappear, preventing you from completing the missions on this map. It is called "Break in case of emergency". Complete this task and it will open the warehouse giving you unlimited quantities of all the cargo type that are currently in limited supply on the map.

Here are the major changes from Snowmuder:

There are now 17 original trucks, 7 DLC trucks and 12 trailers on the map for you to use.

Total mission count is now 19 tasks and 18 contracts (Some new, some changed and removed a few)

Added a trail rating system to avoid sending trucks down a path that they will struggle too much on.

Here are the two signs you need to pay attention to

Scout trail yellow sign with number. Those are for short wheelbase vehicles like small scouts. (no Loadstar, F750 or Tatarin) The number indicates the level of difficulty of that trail from 1 to 3 (based on original game scout capabilities,....not lifted rock crawling truck mods) 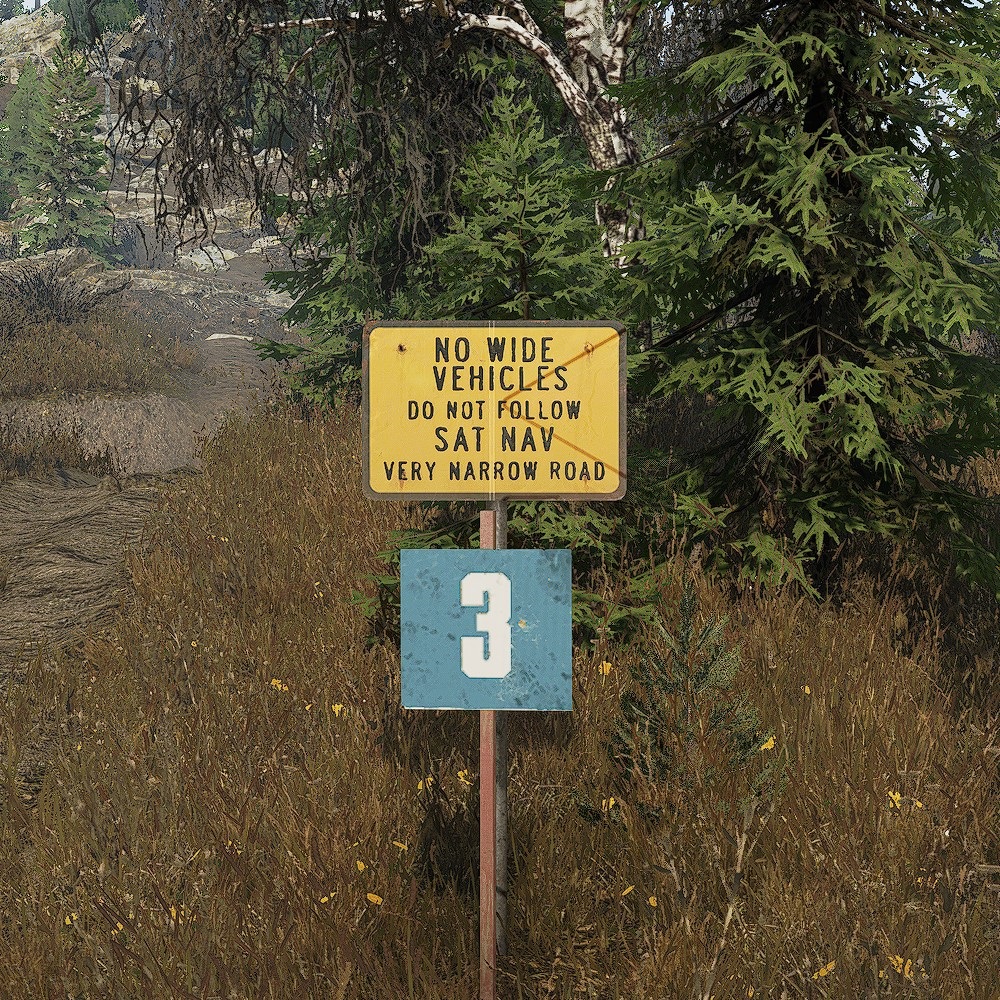 Medium truck trails blue sign. Those trails are ok for medium trucks with normal frame addons, and 2 space trailers, but trying to use those with a semi trailer will get you stuck and hung up a lot more than needed. 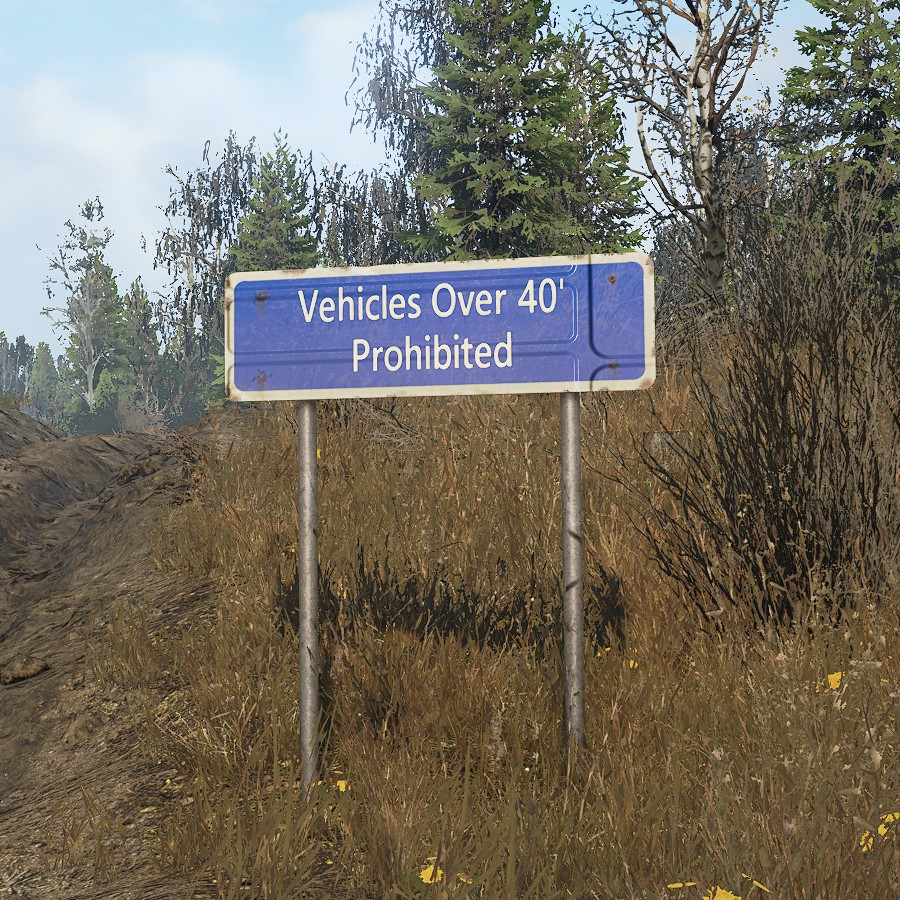 If you don't see a sign at the entrance, then the trail is fine for any vehicles and trailer combo.

I'm not saying you "can't" drive a semi trailer in a scout trail, but it's gonna be a struggle and probably not a fun one. With this rating system, at least you'll know.

Some vehicles I am giving you to drive and own (not the mission vehicles) are part of a DLC. If you don't own the DLC, they won't appear in the map so you won't get to drive them. It's ok, they are just added as a bonus. Don't worry about the error message they generate when the game begins. :)

No mods were found matching the criteria specified. We suggest you try the mod list with no filter applied, to browse all available. Join now to share your own content, we welcome creators and consumers alike and look forward to your comments.

Thank you !!! This is definitely the best mod map I have played (not just mod but probably even original ones). Complex, challenging, rewarding, enjoyable. Maybe I am wrong but it gives me a feeling that you have a lot of real life offroad driving experience and wanted to give the same impression to us. The map looks like real enviroment not jus something created to challenge us. The map you want to play. I appreciate your work.

Wow...this is quite the feedback. Thank you so much.!! I have done some offroading in the past years as a matter of fact with friend and with my own vehicle and I absolutely loved it. Having a good grasp of how it feels...I tried to make obstacles for the scouts that would be realistic and most importantly..fun to cross. What I did a lot for this map...is watch Youtube videos of real life rockcrawling event..or actual trails runs...and even north american logging roads, to try and replicate it as much as possible in my map so that it feels very immersive. Hearing this kind of comment from someone else really makes me think that I might have done something right. What you have experienced...is exactly what I wanted players to live through this project. Good challenge, but not frustrating and nice scenery that you get to drive through..not just look at from a far. :)

Played both Snow Muder and now Log Runner. You did a much better job with Log Runner. The trail to go up to the mill on top of the mountain was definitely needed. As well as some other changes I noticed around the map to make the game better. Two errors I ran into were for Task Metal Resupply The metal beam spawned in between two objects the wrong way so I could not get it unstuck. As well as after completing 2022 Logging The wooden planks did not spawn at the mill (Only 2 were there to begin with without completing the mission so I thought that odd) so both I had to use last resort to complete them. Other than that great map. Definitely liked that you can access the garage early and open the bridge up so you can use whatever trucks you wanted

Yes I am aware of the metal resupply, Im just hesitant to update the file as it sometimes resets the progress of all the players. For the logging 2022, Im gonna check but I think you have to deliver those 2 wooden planks...and then the rest becomes available. Glad you noticed the difference I brought to this map...and that you enjoyed it better. Thank you!!

this map is outstanding.
so - firstly: thank you!

I will ty to drive through with my modded 1979 Suburban.

2ndly only a short note: I was trying the map yesterday for hours on my xbox series s - unf. it crashed very often.
not on the same position, not during the same action or task ...

today I will start and try everything on my pc version ...

Thank you!!! I unfortunately can't do much about the problems happening on consoles since there is no way for me to test those files. I do care about the game running smoothly for every one, but I think only a really advanced map creator could actually find the source of the problem and fix it. Some people can finish a whole mod map without a single crash...others, like you cant even finish it because of the instability. I hope it works our better on PC. Its being running very good overall since I uploaded.

Just finished the map it was very good only bug I encountered was the timber warehouse didn't open up after I completed the logging contract. Oh well just did the emergency task lol. Great ride 1 of the best Maps I have played well done.

Aww man for real?? Sorry bout that. I know it really messes things up. Gonna have to see if it happens to others to and fix it Thanks for the feedback and I’m really glad you enjoyed it regardless. Took a lot of my life to bring this map to mod io.

Thank you so much. It was really a lot of work to make this second version feel new and fun but I think I got it right this time.

Works fine on Xbox one S mate no problems at all !!!

FINALLY!!!! lol lemme know how u like the new map and have fun!!

Hey buddy nice looking map but sorry to inform you it’s still crashing on next gen series S, I tried it with and without mod vehicles,not crashing as often but still doing it.Might be a good idea to ask your subscribers what platform they are playing on who knows might just be my console is bugged ??? Cheers 👍

Is there a trailer store???

Yes but you have to complete a few contracts before the trailer store can open (under contractor Dyson Diesel).

Thanks for helping out man! I appreciate. I missed out a few today but you got this :)