While working on my first mod downloaded through mod.io I run into a weird issue that my mod was working sometimes, and sometimes not, and sometimes it looked like old version of it. At first I though maybe I'm doing something wrong since it was my first mod, but it turned oud to be mod.io file management issue. Here are the details.

So when you create a mod at mod.io, you have a step to upload files.
You specify release version, e.g. 0.5 and choose the file to upload. I use here a real example since it will be easier to explain. 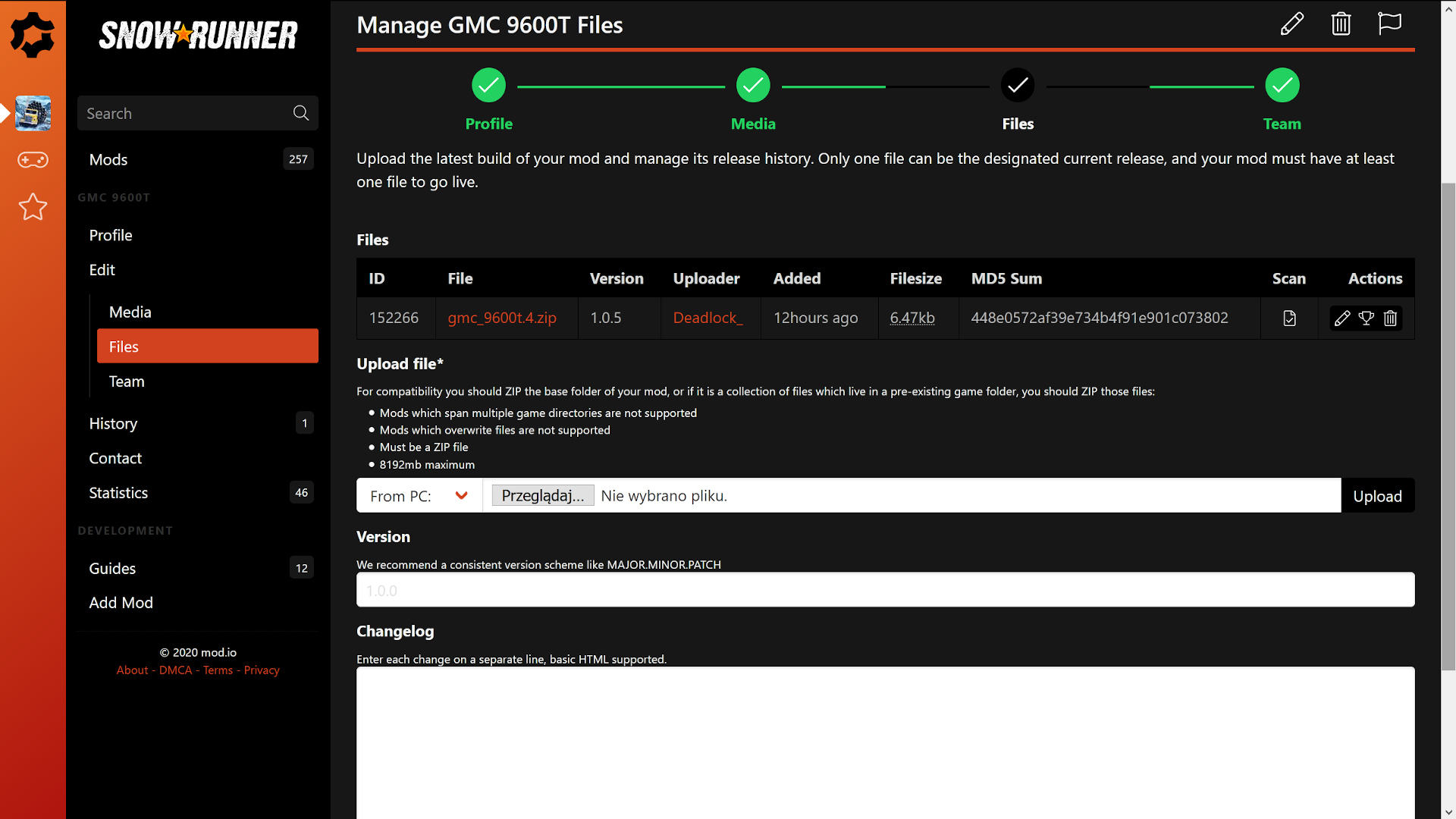 So I upload my mod gmc_9600t.zip, then I upload new version of it. Mod.io makes copies of it (instead of overwriting the file, mod.io has file versioning in place) and numbers them automatically like this.
Let's say I uploaded my changed mod five times.

I worked on my mod with visibility set to Private, so I could only make it Public when I feel it is ready.

The problem appears when you start messing with files above.
I theory mod.io allows you to delete files, but in-fact this feature doesn't work as expected.

At some point I deleted the old files, since I didn't need them any more.

I deleted these files:

Mod.io then starts to number newly uploads files from the beginning, that is next 4 uploads where named like below and they had the correct MD5 checksums.

But in-fact when you did downloaded them though SnowRunner game client or even through web browser they were pointing to old files, with old changes making the mod behave erratic.

To workaround this issue I had to upload my changes with new filename that was not used before.
I renamed the file to gmc_9600t.5.zip locally and uploaded it to mod.io counting it will leave it as is, and it did. Finally!

Well, I would recommand the work flow for new mods like this.
1. Create a Private mod on mod.io and upload just one file for it (I think you could use even some random name here like gmc_9600t_dev_version.zip, and then delete it before making the mod public, so you don't waste you intended name gmc_9600t.zip).

2. Then change mod files locally. You can simply overwrite your modded files in mod.io/Mods/your_mod_ID folder.
The game doesn't verify mod content, at least it didn't for me.
Example folder path: %userprofile%\Documents\my games\SnowRunner\base\Mods\.modio\mods\125283

3. I hope this will help you to avoid similar issues and focus on modding stuff and not figuring why it doesn't work.

4. Btw, mod.io mods expect that PAK files will be in zip file, so you need to zip your modded files twice. For example modding of classes folder.

4b. Then zip gmc_9600t.pak and upload that file to mod.io, or you can overrite the gmc_9600t.pak in %userprofile%\Documents\my games\SnowRunner\base\Mods\.modio\mods\125283, local changes to PAK file will be seen in the game. 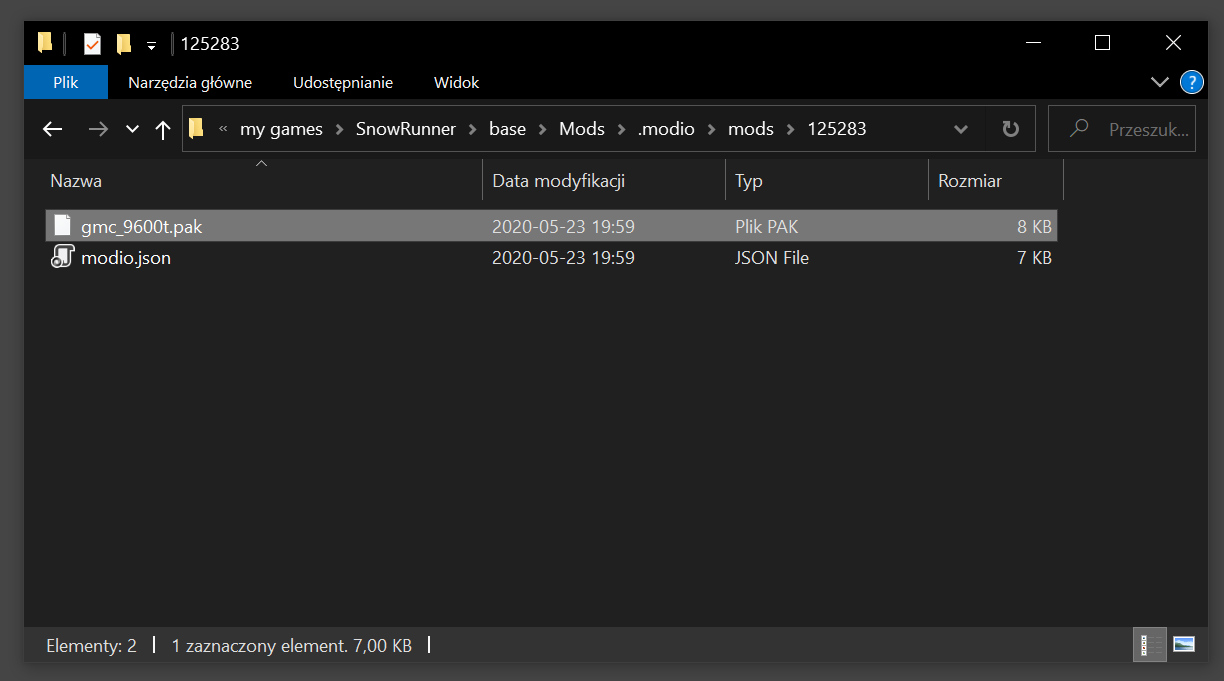 5. I would also suggest as a final step before publishing your mod to download it manually from mod.io and check its MD5 checksum.
There are plenty of tools for this that either need you to install them on your PC or just to paste a file to web-browser page, so I won't recommend here any tool here. :)

Our recommendation is to always use a unique filename, because as you saw we support versioning and you can pick the "primary file" that gets downloaded.

BUT as you discovered, if you delete a file then upload a file with the same name, you can run into issues. Our system actually correctly stores the new file on the backend, but our CDN edge cache may still deliver the old file.

We're making 2 changes to address this. Firstly we purge our CDN edge cache on file delete, and we will update the logic to make filenames more unique.

I’m having issues with this my game was fine until the update a few days back , now when I upload a mod map when you subscribe to it it doesn’t show new content just a base terrain I don’t know how to fix it